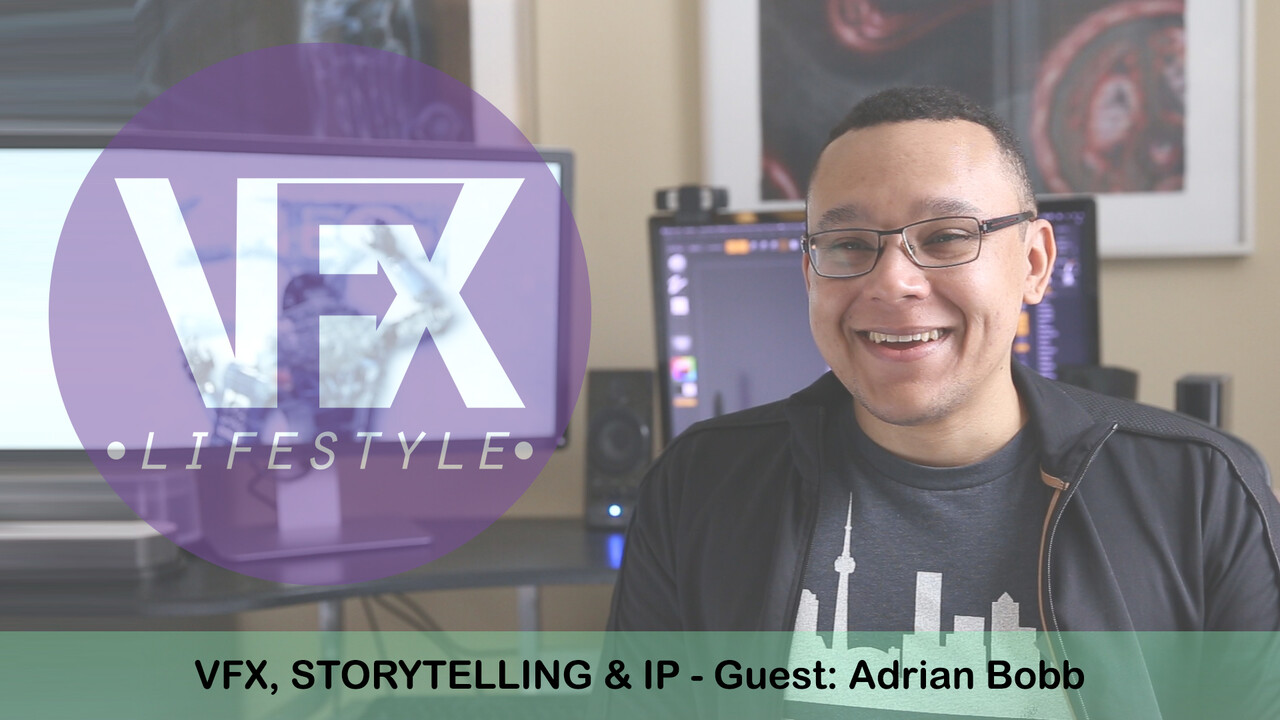 Had a great video interview with Joe from VFX Lifestyle about EXT, the industry in general, as well as what it takes to develop your own IP!

The Seventh Matrix Interview with Adrian Bobb about EXT 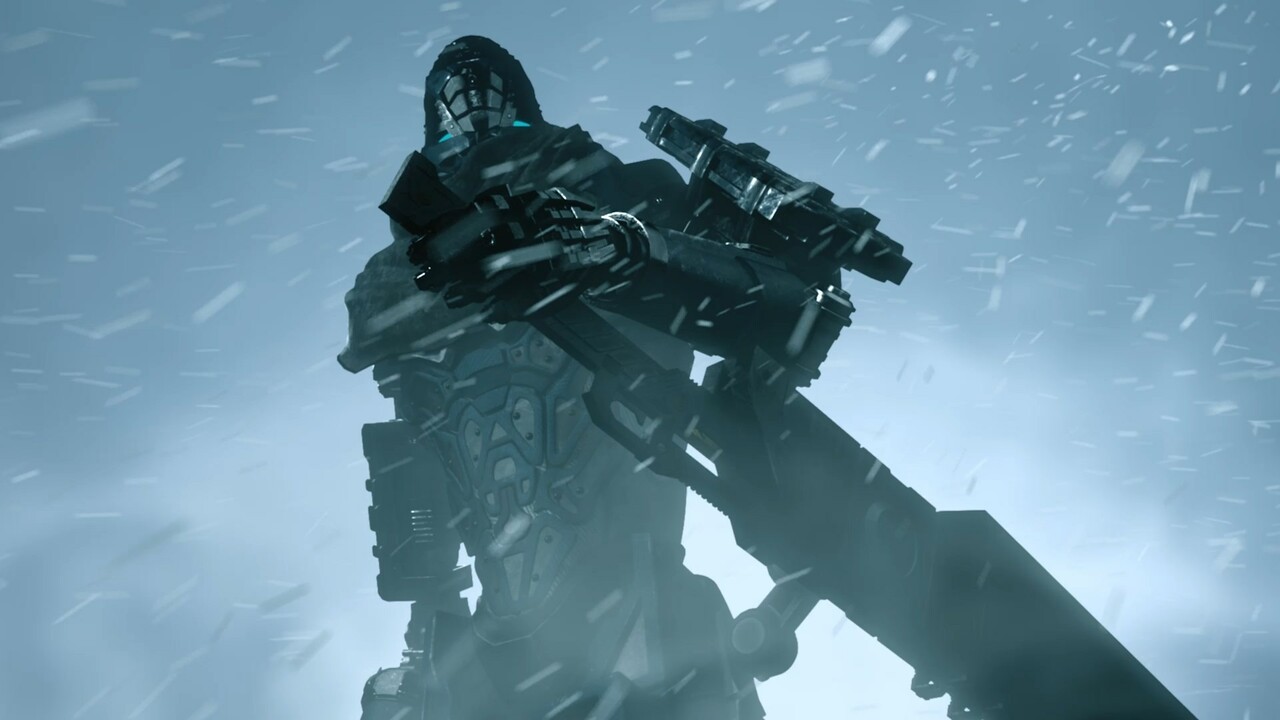 Fantastic Interview with the team at The Seventh Matrix about EXT, what it's about, and why I made it!

Also check out some screen-grabs from the film! 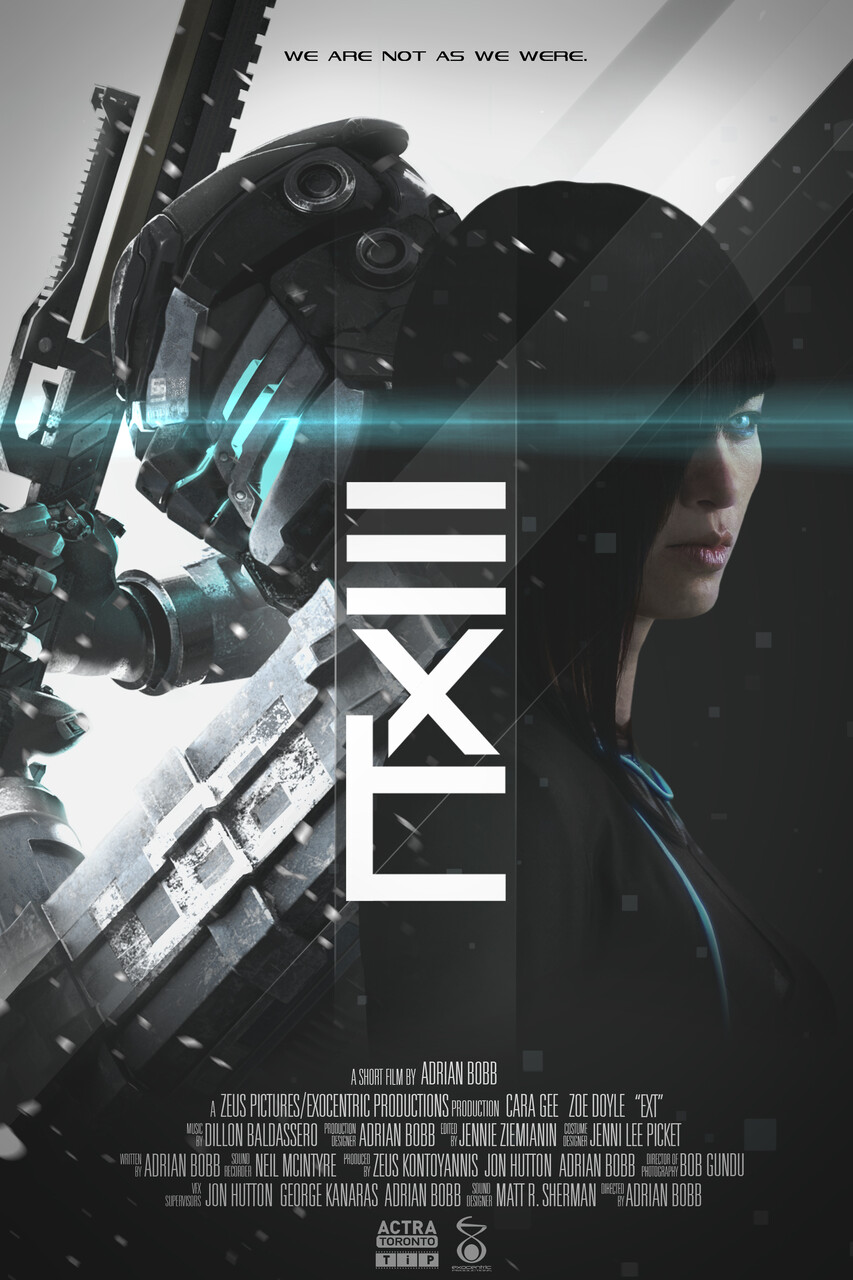 Review of EXT by Nightmarish Conjurings: 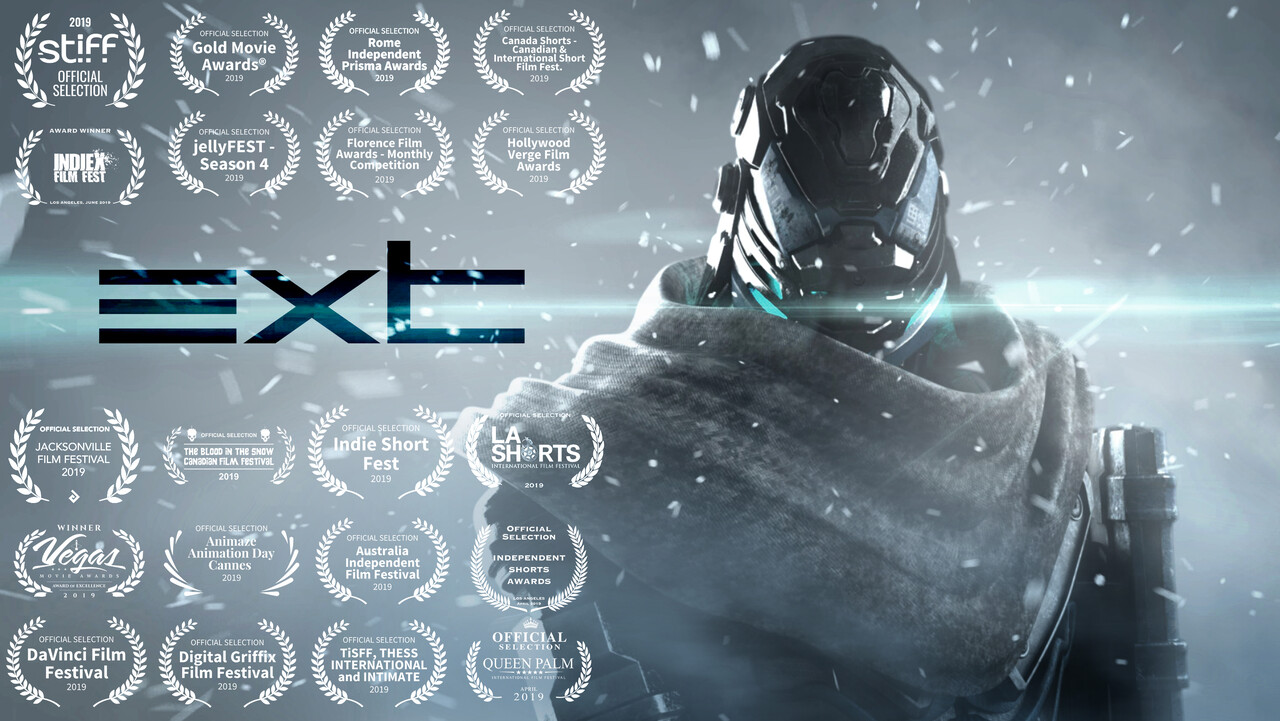 Check out my interview with Regan W.H. Macaulay here at: 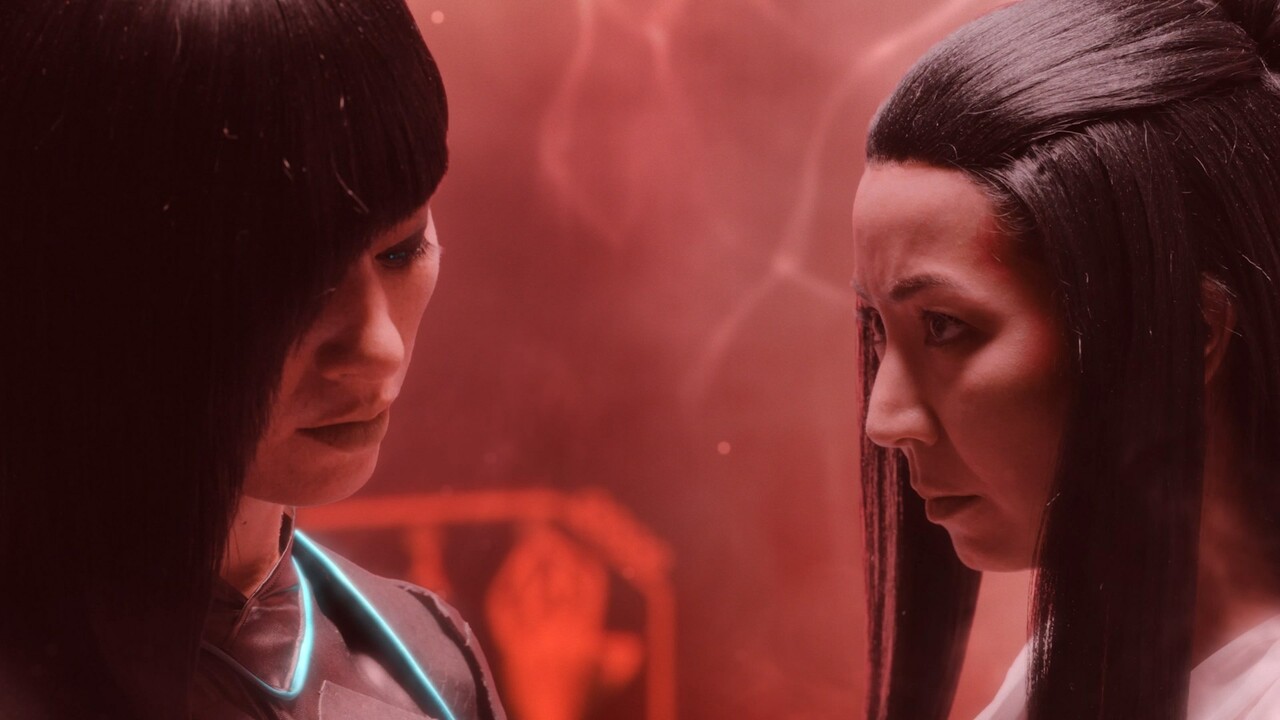 Check it out at the link HERE. 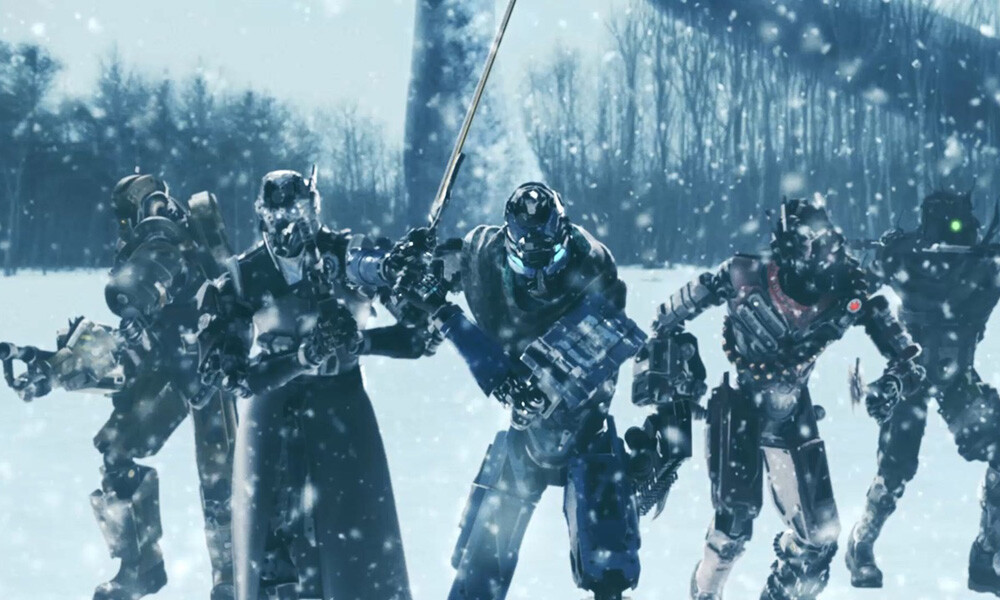 Fantastic coverage of the world premiere of my Sci-fi short film, EXT at Cannes Film Festival last year in 2019! 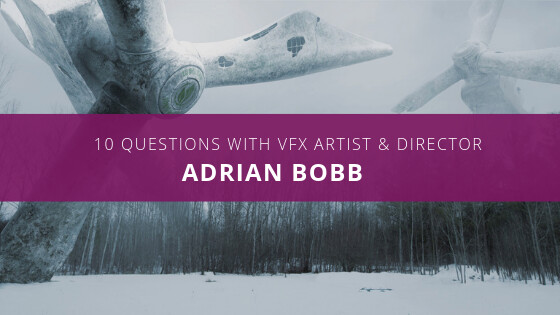 Woooof.  I am BAD at blogging!  So maybe it's easier post when someone else writes about me!

Here's an awesome interview I was able to do with Blaze Schwaller! 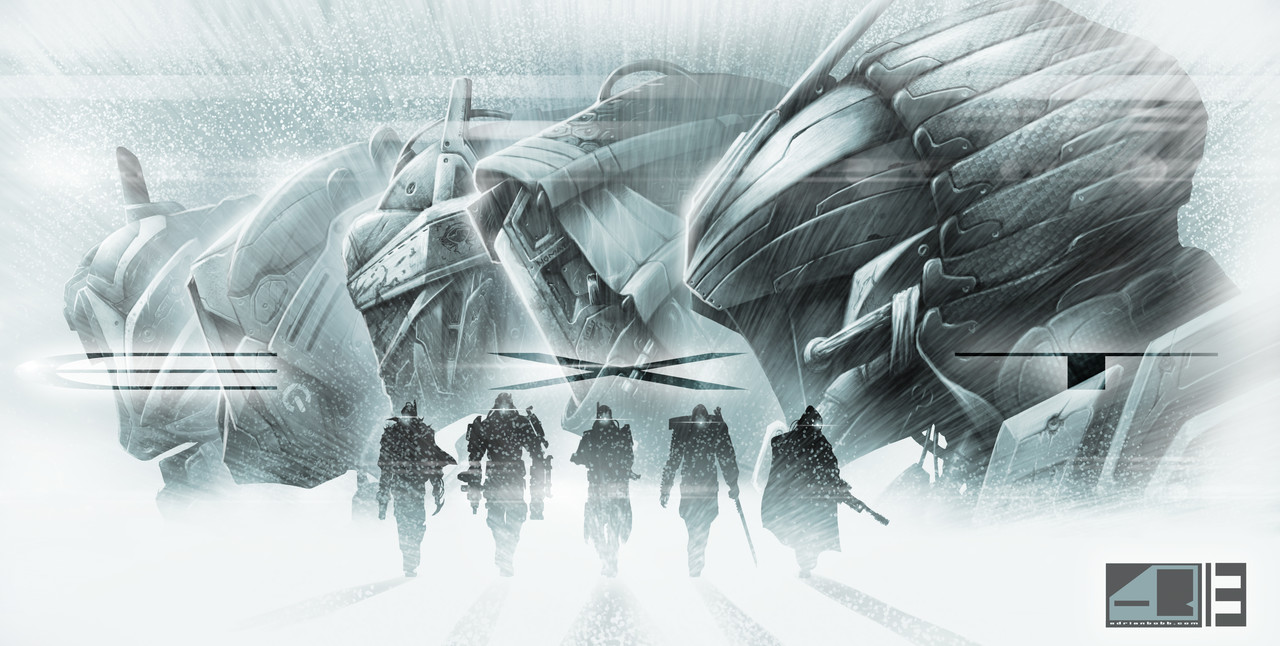 5 years ago I had an idea for a story.  Like all early story ideas I've had this one was fragmented and mostly visual.

In a snowy distant future, a team of humanoid robots each varied in appearance and body language, march through a cold desolate winter forest. Remnants of humanity's past litter the woods, but the future is peaceful, and these robots are human.

Science Fiction has always been my favorite genre.  It was in many ways, my gate-way drug to science and to understanding the insane backstory of the world I lived in.  Terminator made me wonder about the future of robotics and visually helped me understand how human anatomy worked (That close up shot of the T-800's foot and its broken "Achilles hydraulic" was nothing short of a revelation to me as a 5 year old).  Jurassic Park helped understand the premise of genetics, and that intelligence as a property can be far scarier that a giant mouth full of teeth.

So for this project I decided to build something cool.  Something new and unique, but something that had something to say about humanity and its future struggles in identity, morality, and society in the centuries to come.

Masked in the style of old Kurosawa Samurai films and in the  80's Scifi Film-Noir, I began to sketch, design, sculpt, model and write the world of EXT.

I began early on with writing a feature-length script in 2014.

Now I'm not a professional writer by any means (did this blog give it away?), but I have written scripts before and I have a lot of friends with better skills than myself in regards to screenwriting, so over the course of the next years I wrote, re-wrote, and wrote some more.  I also kept designing.  Slowly chipping away at that marble block until I had something I was proud of.

It's not easy.  And it's not always glamorous.

But what I found is that if you care enough about a story, the stuff that isn't fun becomes far more easier to overcome.

Over the course of a year I had my story and a crap-ton of visual material.

So what was next?  Luckily in our industry, showing turns far more heads than telling.

I shared just a few of my images on LinkedIn (I know I'm like the only person I know that uses it) looking for producers that were interested.

Luckily a few answered the call, and my good friend and creative partner in crime John Kontoyannis of Zeus Pictures helped me refine my vision and construct a plan of attack.

What was that plan of attack?

Stay tunned for next week's episode where we dive into how to make a movie out of an ambitious artists's expensive-as-hell idea!

Here's the very first concept I made for EXT. 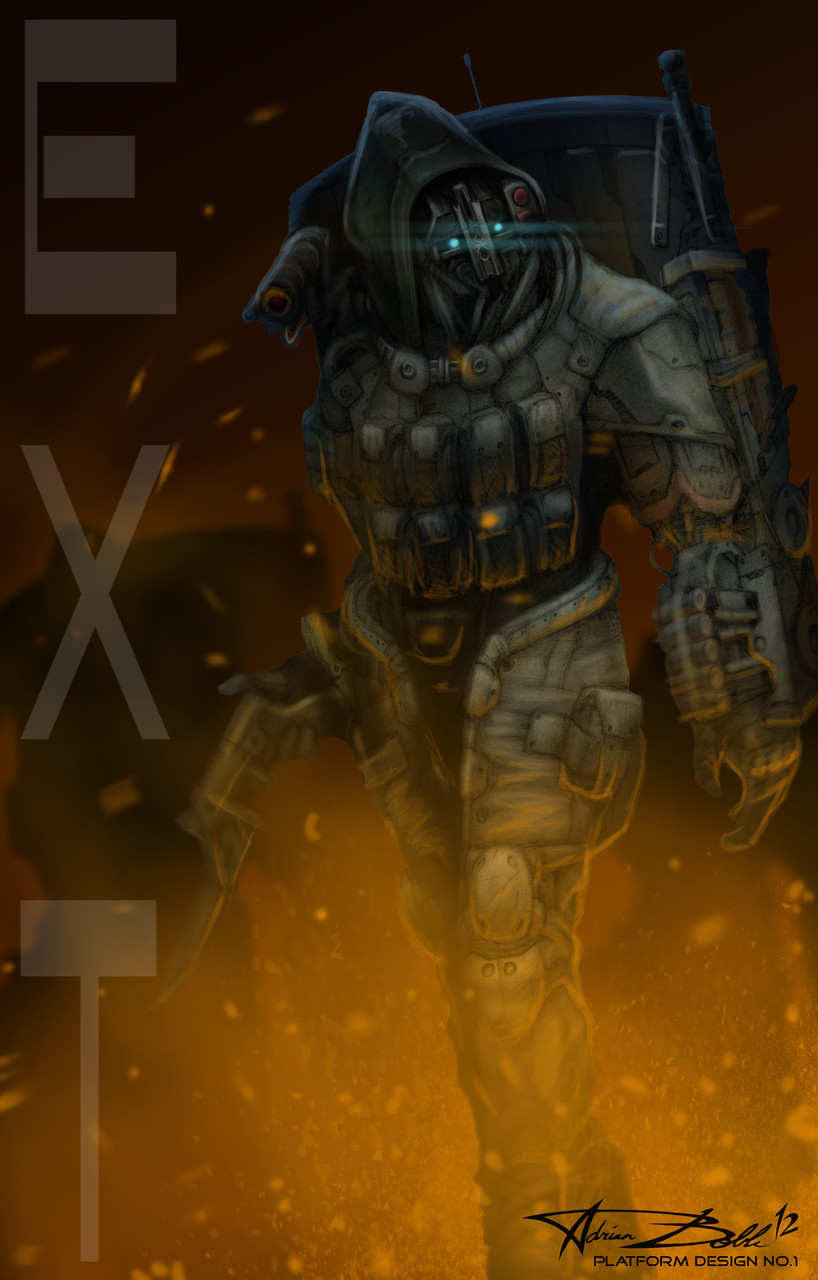 Back when I used to draw in pencil then scan it and color it in photoshop.

I wanted to do this earlier but time it seems wants to move forward five times faster than usual.

2017 personally was a fantastic year.  2018 started a bit rough but I have high hopes!  Those that know me know that I've been working on a short film called EXT for over a year now.  It's an ambitious project and a part of a massive world-building project with multiple characters, environments, and stories.

I am very happy to say that as of now it is about 80% complete.  The remaining 20% still takes time (rendering and compositing are heavy jobs in their own right), but it has been encouraging to see my creations come to life one frame at a time :)

I intend to post at least weekly through this blog and post more vids/pics of the BTS of the project and hopefully by the end of this year you can see what has been for me, a labour of love and ambition.

So as by first official "blog act", I will leave you the concept trailer I made quite a few years ago to assemble the team of producers, artists, and supporters that have been following my progress ever since I came up with this insane robo-samurai epic!